Russia’s Weaponization of Europe’s Energy Dependency and the Global Risks It Brings May 23, 2022

Ever since Vladimir Putin assumed leadership, the world and especially Europe have been watching nervously how Russia may act given its position as a dominant energy supplier (see the Appendices for information on Russia’s key oil and gas importers and main pipelines).

The first time Europe literally held its breath was in the dead of winter of 2009 when Russia cut gas supplies to its most important and lucrative market over a price dispute with Ukraine. The latter served as the main hub and key transit territory for carrying gas from vast Siberian fields to end-users from the United Kingdom and Spain to Germany, Poland, and Bulgaria. For the first time, the world began to talk about the energy supply from Russia as a weapon.

Despite this rude awakening, little had been done to safeguard the world’s energy security against future threats from what turned out to be a monopolistic and rogue supplier. Enjoying vast oil and gas revenues fueling its one-sided economy and military modernization, Russia donned an image of pro-business sophistication in its external business dealings, thus allaying fears and attracting billions of dollars to new energy projects from the Arctic to the Far East. Yet the weaponized nature of its energy projects had never disappeared, giving rise to new projects such as the Nord Stream pipeline, which would carry gas across the Baltic seabed to Russia’s key customer, Germany. Gerhart Schroeder, former chancellor of Germany and Putin’s longtime friend, was conveniently retained as chairman of the Russian state-controlled Nord Stream pipeline company immediately after leaving office and then, in May 2022, nominated to the board of Gazprom, the Russian majority state-owned multinational energy corporation.

Notably, all of Russia’s major projects are dual in nature: economic and geopolitical. In the instance of Nord Stream, along with creating a new revenue stream for Russia, the pipeline is intended to augment the dependence of its gas transmission hub in Ukraine. After the February 2014 revolution that toppled the pro-Russian regime in Ukraine, Ukraine chose the course of European integration—in a direct challenge to Russia’s strategy of keeping all former Soviet states in its grasp. These events were used as justification for the annexation of Crimea and the de facto occupation of Eastern Ukraine by Russia. A ‘sleeping conflict’ with Ukraine and the West ensued, resulting in an all-out invasion of Ukraine by Russian forces in January 2022.

An immediate response from the West followed the brutal military action by Russia, resulting in economic sanctions that included the elimination or drastic reduction of oil and gas imports by the United States and European Union members. Despite hurting Russia’s much-needed revenue stream, an unintended consequence of the sanctions was a sharp increase in energy prices worldwide, underscoring just how much of the world’s energy security was in the hands of the brutal dictator.

Breaking this dependence will test the solidarity of the West and, most importantly, the European Union. It will require not only resilience in withstanding the initial shock of high energy prices impacting every facet of the global economy but also creativity in finding alternative energy solutions. Much is already being done to diversify energy sources. For example, the United States is attempting to substitute oil imports from Russia for Venezuelan crude, while Europe is looking for alternative sources of oil and gas such as from Norway, North Africa, Qatar, Israel, and the United States. Some of the key obstacles in making these alternatives a reality are the time it will take to negotiate the sale and purchase agreements with new suppliers and the need to build regasification terminals and pipeline interconnections in Europe. Meanwhile, Russia is keeping to its preferred method of dealing with noncompliant customers: blackmail. In April 2020, it cut off gas supplies to Poland and Bulgaria. Thanks to an intricate web of gas infrastructure in Europe, including pipelines, tank farms, and pump stations, some of the gas streams can be reoriented to keep these smaller importers of Russian gas with the energy supplies they need. Other countries, such as Germany and Italy, are much more dependent on Russian gas and have been forced to toe a delicate line between maintaining a unified front against Russian aggression in Ukraine and keeping their economies running. Italy, for example, chose to comply with Russia’s demand to pay for gas in rubles, which are needed to buttress Russia’s ailing currency.

Given the U.S. and E.U. sanctions, Russia will attempt to reorient its oil exports to China, but this will require building new infrastructure and will lead to a new round of commercial negotiations from a position Russia is not accustomed to finding itself—namely, a position of weakness.

Russia’s invasion of Ukraine has triggered the creation of a new energy map of the world where Russia no longer enjoys a dominant position. It has been forced to adjust not only to traditional customers that now openly challenge Russia’s energy hegemony by looking for (and finding) new sources of hydrocarbons, but it also has to contend with a reduction in oil and gas earnings flowing into the country. It is a situation that has eroded Russia’s ability to feed a kleptocracy based on a handful of oligarchs and outsized security apparatus personally loyal to Putin. Without the hard currency and the technology brought in by Western firms, Russia’s ability to sustain its military and threaten its neighbors also is coming to an end. The West is learning to live with the fact that enjoying a stable supply of Russian energy comes at a price that challenges the very core upon which it is built: freedom and democracy. For the first time since the Second World War, the free world is facing the need to protect itself economically and militarily against an adversary whose main weapon is vast reserves of affordable energy.

The war in Ukraine is already taking a high toll on Russia’s war machine and economy. A protracted conflict may result in tangible changes inside Russia, but generational propaganda is unlikely to turn it into the West’s ally in the foreseeable future. New suppliers of energy and greater efficiencies will need to be found. Fortunately, the world is already learning how to live responsibly and safeguard its future by harnessing clean energy resources and protecting the environment.

To succeed in the face of the largest military aggression in Europe—and perhaps in the world—since the Second World war, Europe and other Western countries must maintain a unified defensive and economic front. Russia is skilled at splintering the opposition and exploiting each opponent’s individual weaknesses. A coordinated strategy that relies on a modern network of nimble supply-and-demand solutions is central to breaking Europe’s dependence on Russian oil and gas. The strength and leadership of the United States and the preservation and broadening of the NATO alliance will be decisive in bringing about a Russian military defeat and putting an end to its policy of blackmail and intimidation. 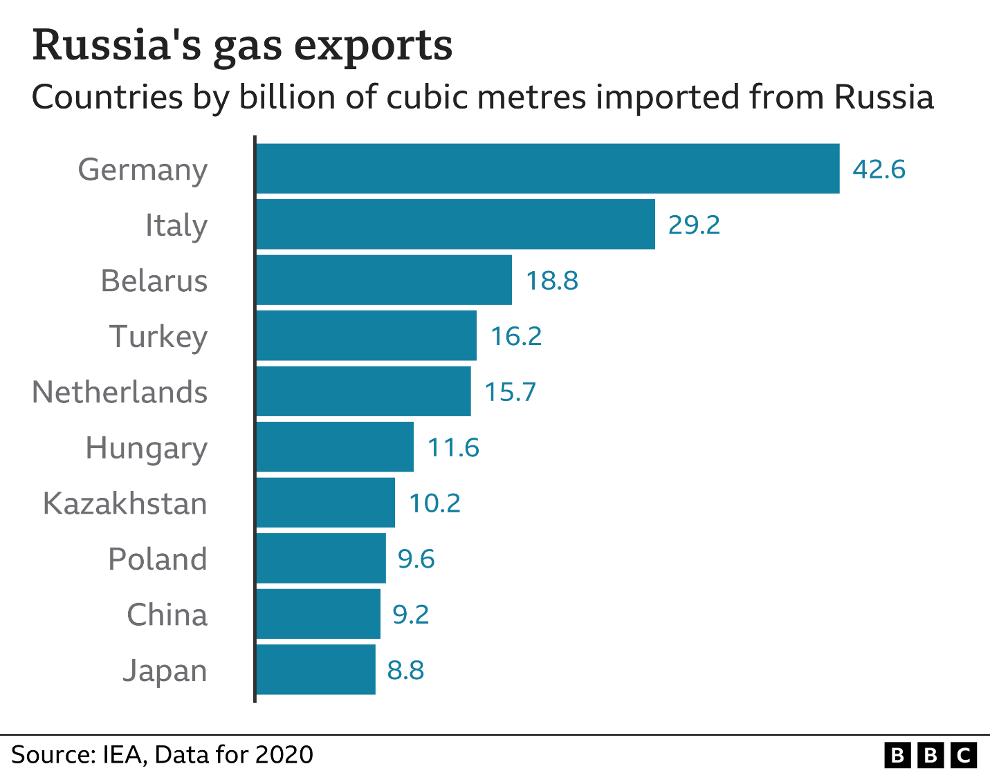 Op-Ed | Putin made clear that his goal is to absorb all of Ukraine, effectively re-unifying a key part of the old Soviet Union. Undoubtedly, Putin believes absorbing Ukraine -- its resources, economy
Read More

How to Deal with Putin’s Aggression?

Podcast | Dr. Matthew Light talks about Russian president Putin’s purpose in the invasion, how to complicate his aims, and the lessons to take-away from the crisis.
Read More

Trajectories of the Ukraine War and Challenges Ahead

Podcast | Dr. Paul Poast elaborates on his disagreement with John Mearsheimer’s arguments on the West’s responsibility in the Ukraine crisis. He also explains potential scenarios on how the war might
Read More